Grundig 6099, in unrestored state.
This radio was quite unique, with several FM (UKW) pre-selections, and a complex mechanical system.
It's also equiped with several loud speakers.
Sound will probably be amazing, once fully restored ! 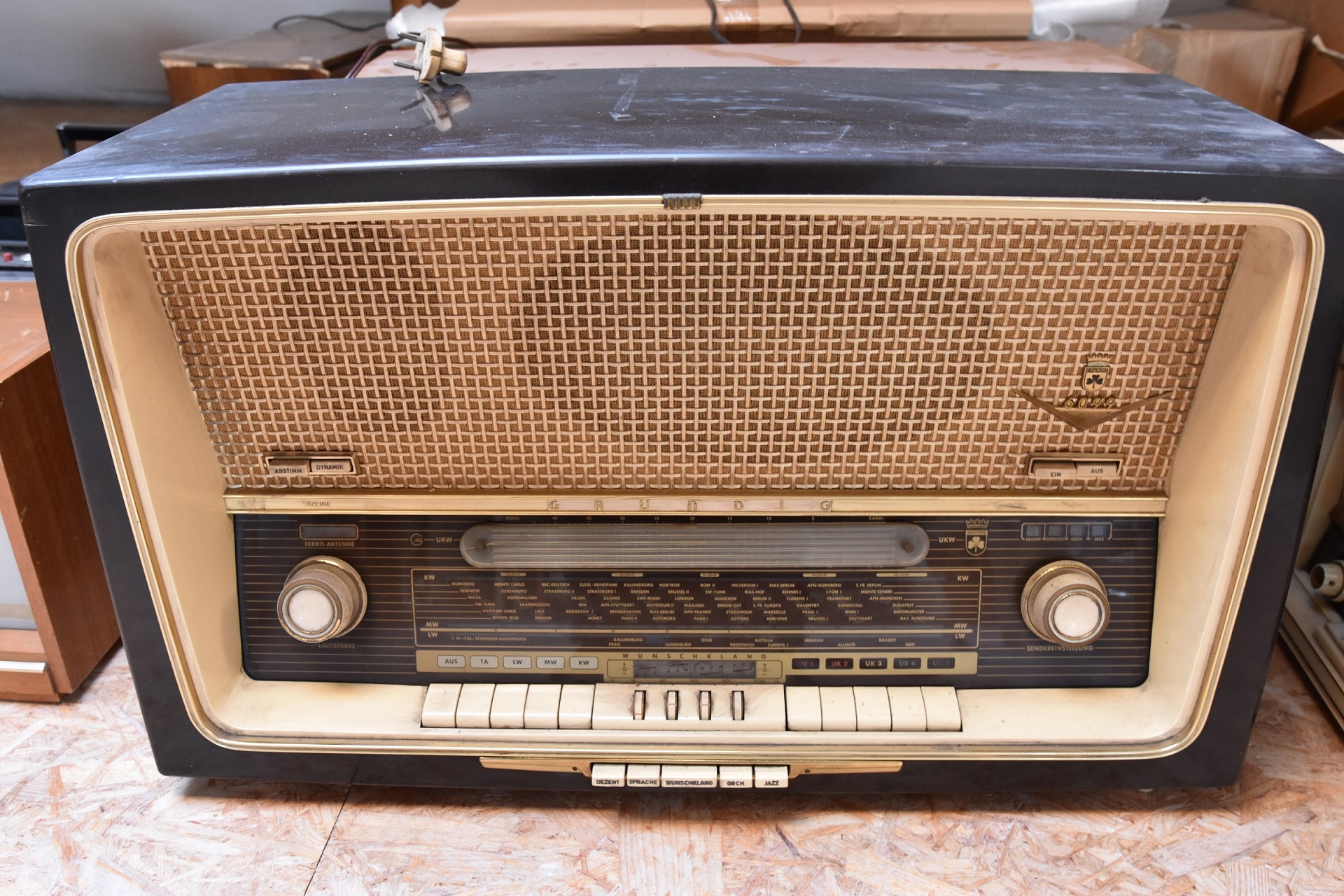 
A Grundig type 97, repaired and working, in beautiful state. 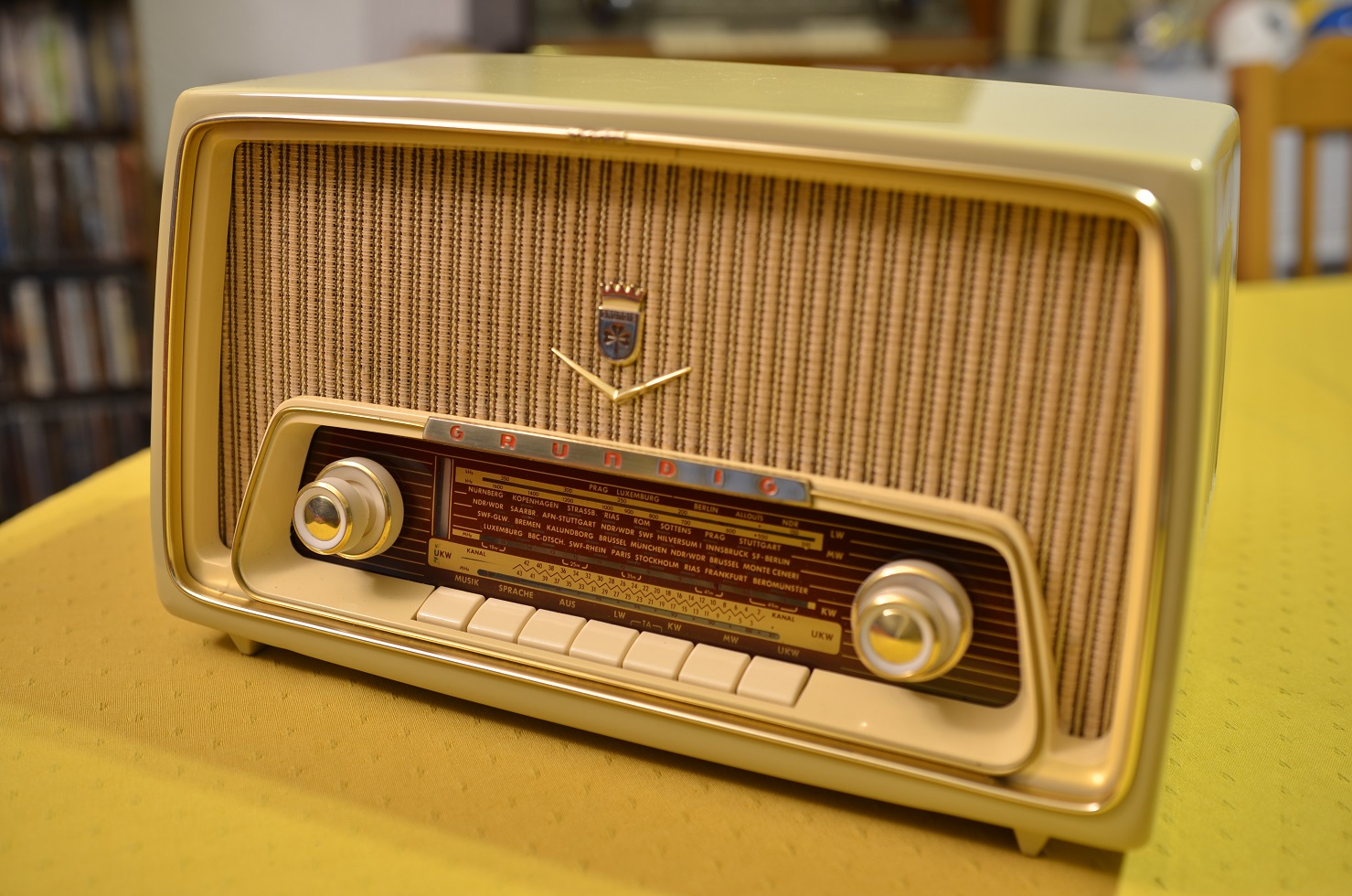 
A wonderfully sounding Stereo Concert Boy 4000, with 2 oval bass/medium loudspeakers, and 2 tweeters which are integrated to the bigger speakers.
There was 1 problem on this radio, and a weird one: the AM scale/pointer was reversed ! Lower band was on the left of the scale, and higher band was on the right ! When repairing however, it seems like nobody had touched the radio before, or it was done in a professional way (but not so professional because the tech who repaired it did it the wrong way !). Could it have been done at factory ? 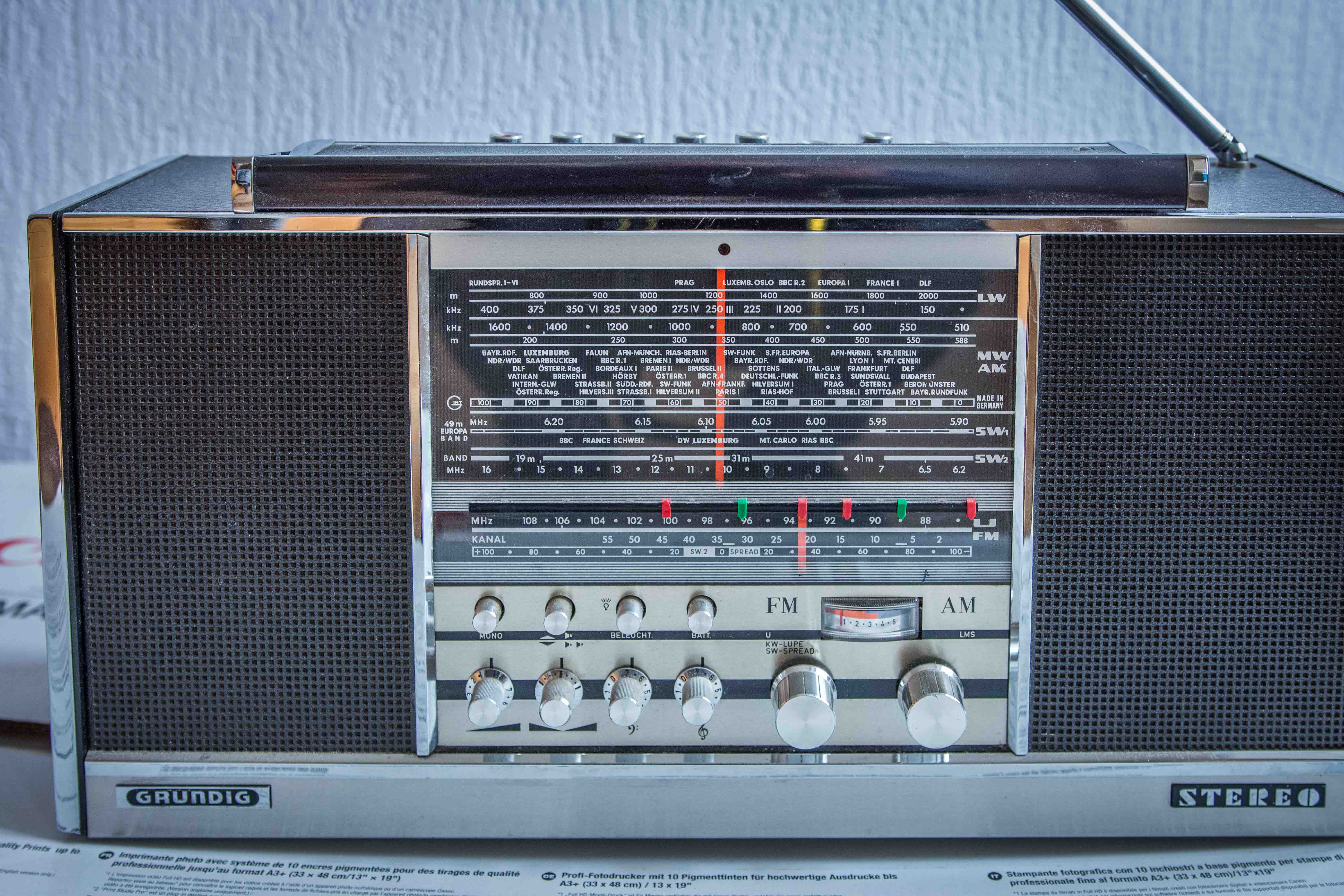 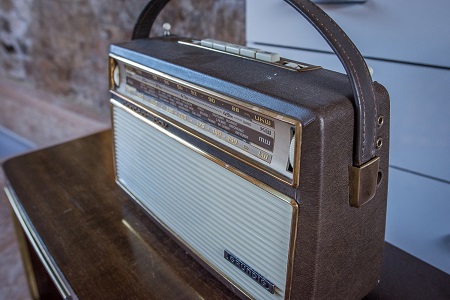 
One of the best multiband radios ever made ! The famous Satellit 6001.
This is a jewel, only coming with a downside : its mechanical complexity.
I got it complete with the "pouch", and later I got the SSB decoder. 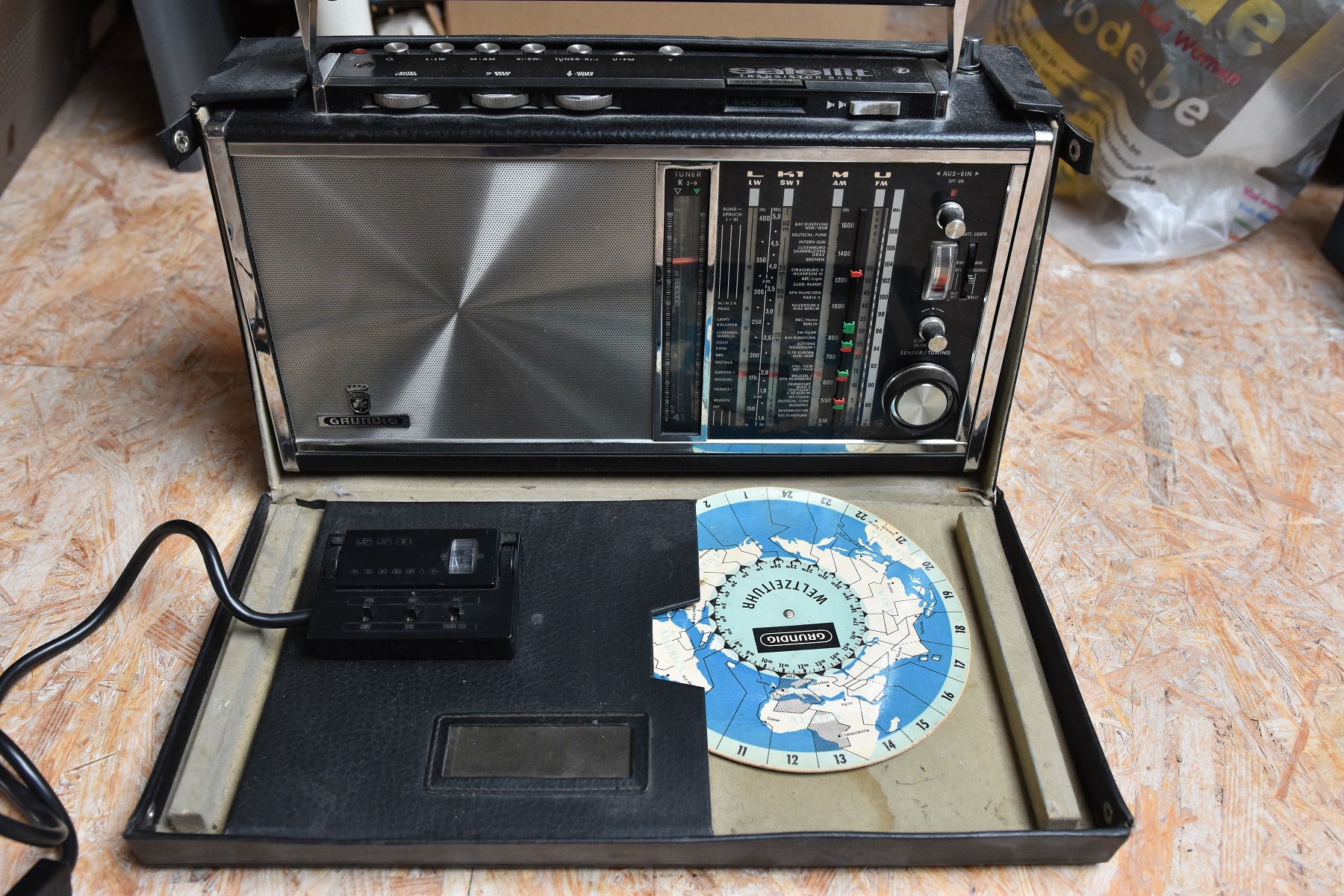