The quest for the ultimate pocket radio has begun !
The ideal pocket radio should be at ease in FM (+fm stereo via the earphone plug), MW, be able to receive some stations in SW, shouldn't drain the batteries in no time and welcome additions would be an MP3 player, BT interface, solar panel, possibility to charge the internal batteries via an usb connector.
Post Reply
1 post • Page 1 of 1

This is a very nice anlalogue-style radio. Why do I say "analogue style" ? because indeed, tuning is done the old way, using a needle, but it uses
some modern IC's ... which is good and not so good. Let me explain.
Exactly like the SuperSonic 1080BT, it seems like it's a 100% analogue radio. However, tuning is not very smooth, and each time the tuning needle will move, sound will just fade for a fraction of a second, making fine tuning somewhat difficult.
It's a pity, because sound quality is quite good, and selectivity and sensitivity are quite ok as well.

FM Reception: 9/10. This is a very good performer. Will pick a lot of stations.
RDS Display: n/a
MW Reception: 8/10. Quite sensitive, will pull lots of stations.
LW Reception: n/a. This is unfortunate, but on par with several chinese radios manufacturers which don't care at all about LW.
SW Reception: 8/10. Very good selectivity & sensitivity. During the day, I was able to pull out several stations.
Air Band: n/a.
HF Amateur bands: Will cover some of the bands, but as it lacks SSB, not very useful.
VHF/UHF Amateur bands: n/a
CB Band: n/a
Rechargeable Battery: Uses a BL-5C battery.
Speaker sound quality: 8/10. Clear, crisp, powerful and pleasant. A LOT better than most handheld radios. It's even quite bassy for its size.
Very good sound !
Ease of use: 9/10.
Preset memories: n/a.
MP3 Player: Yes. Will read mp3's from a sd card. Player is quite basic, but you can skip songs with a "+10" funtion key. Does not have any "Random" play feature, unlike the Retekess V-115.
Bluetooth: n/a
Aux input: n/a
Solar panel: n/a
Record on SD card: n/a
Extra features: 3,5mm jack mono output. Has an extra 64-87 mhz band which is not very useful in europe, but it's there, anyway.

I warmly recommend this radio, for those who :

- Want a simple, easy to use, multi-bands radio, with a good selecticity & sentitivity.
- Want a radio with a very good sound, much better than most pocket radios.
- Want an ad-hoc simple MP3 player.

- I would have prefered a set of AA batteries, instead of the phone style BL-5C battery.
- Does not have a LW band.
- MP3 player is very basic and does not offer a random play feature, which I consider an essential feature.
- It has a 3,5mm jack output, but fm sound is mono. A pity. 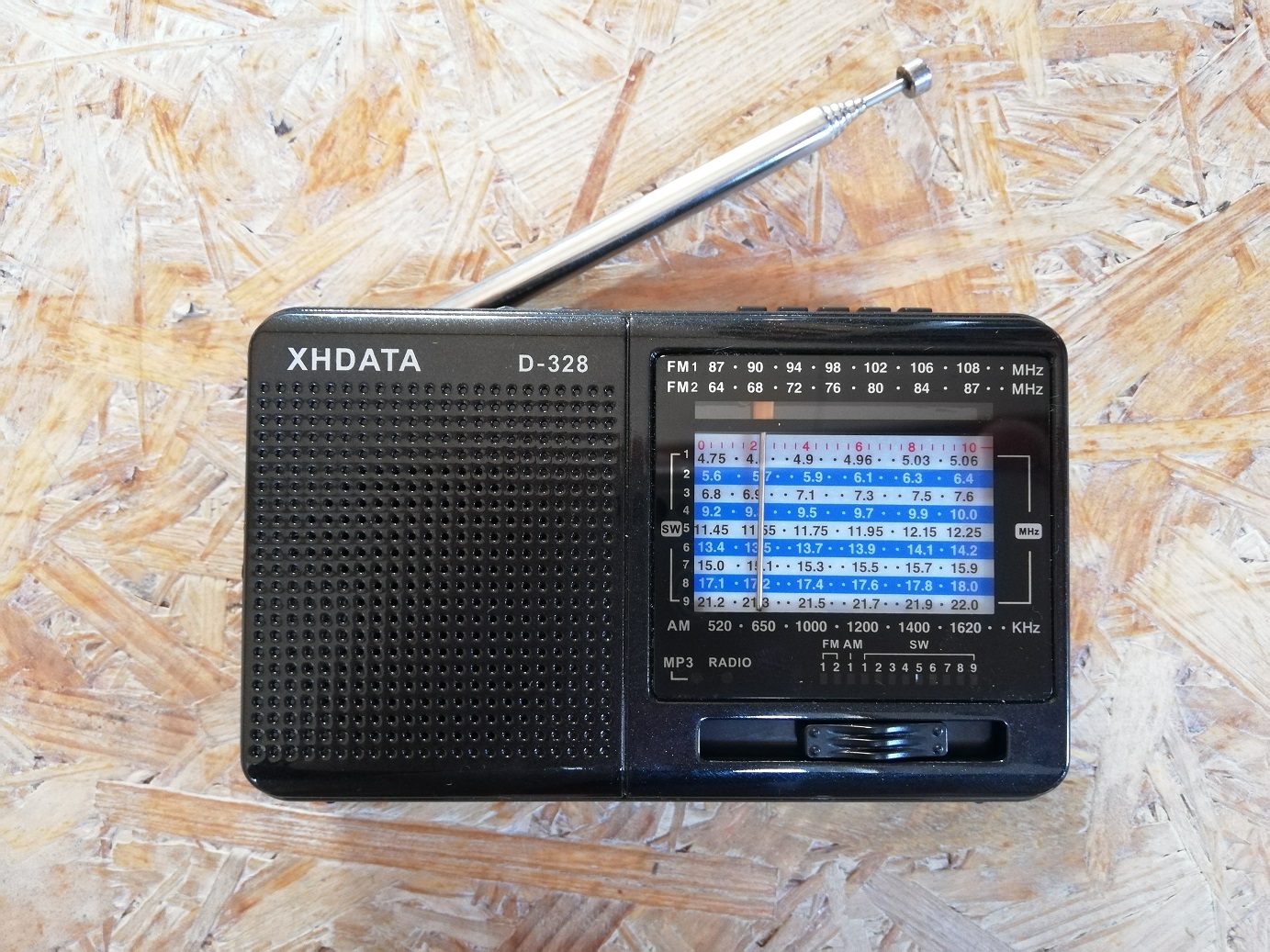 Return to “The Quest For The Ultimate Pocket Radio”