This little console is, like many other chinese consoles, running the Open Dingux operating system.
Initially, this operating system appeared on the Dingoo A320 but has been since then ported to a lot of similar handhelds.

This (very small) handheld has a number of very nice features

- Very clear lcd screen (but the Bittboy screen is better)
- Separate volume control (does not use a key combination like the Bittboy v2)
- Separate brightness control
- Very good out of stock emulation, contrary to the RS-97 which came with crappy emulators.
- Has left / right triggers, which does not exist on the Bittboy, and which I consider an essential feature.
- Has correct battery life, but like the rs-97, bittboy and other handhelds, it's a bit the weak point compared to an original GBA / GB-GBC.
- Has a very good small speaker. Sound is clear and powerful.
- Has a 3.5mm sound output

Nothing I really don't like. I would have asked for a better battery life ...

All in all, I love it very much !
It's the perfect little handlheld you can forget in your pocket and get out when you get bored in the train, in a queue, ... 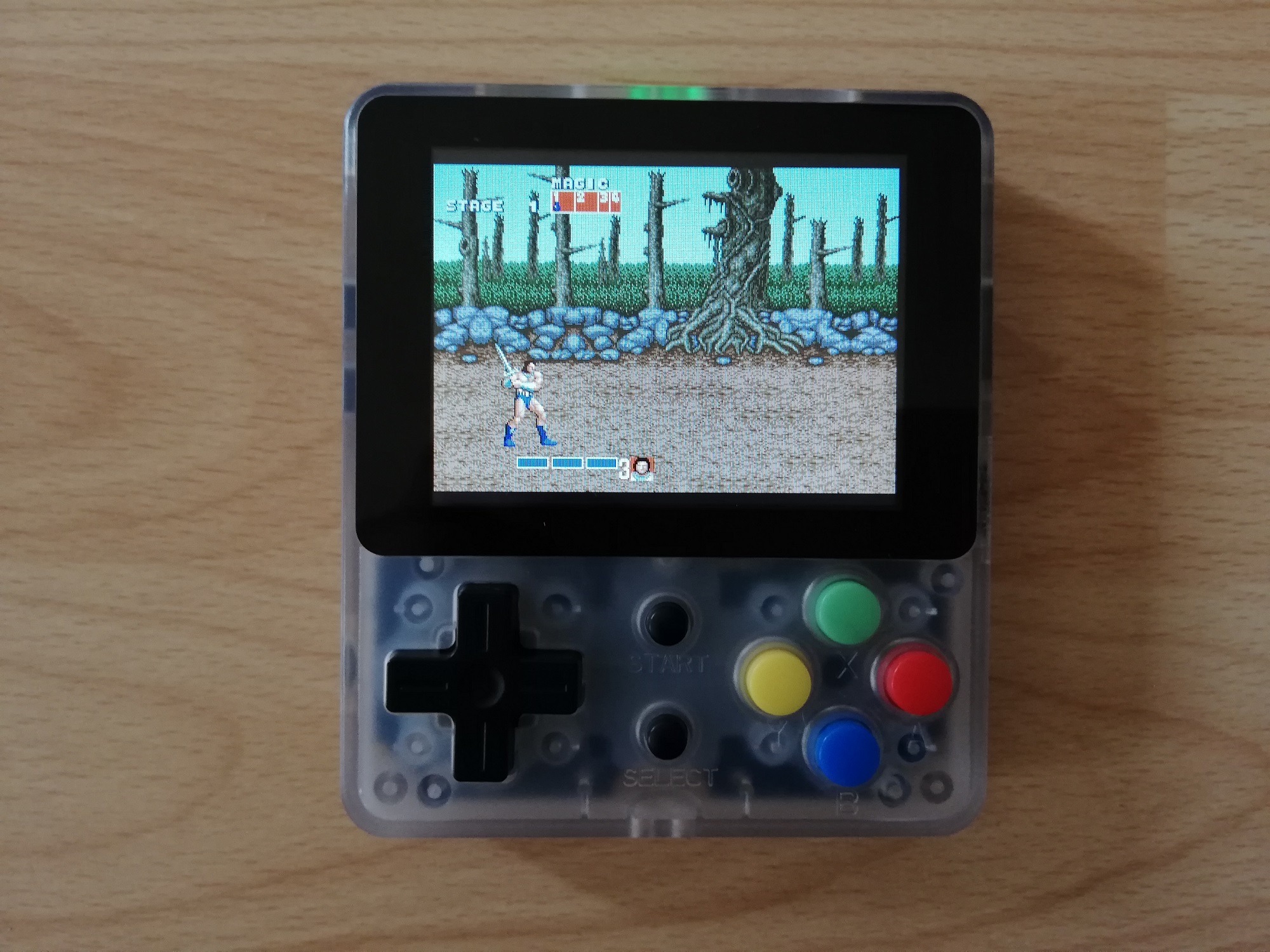